OUR STORY
OUR VISION
OUR FARMS
CLIENTS
OUR BLOG
CONTACT US

Grist: Bringing the farm to the people

The best time to establish protocols with your clients is when you onboard them.

A fleet of high-tech container farms is delivering locally-grown food security to communities from Alaska to Egypt.

Siene Allen in Kodiak Island, Alaska and Zeina Salama in El Beheira, Egypt grow food in very different climates. Yet step into the perfectly controlled environment of either farm, and their crops could be sitting directly next to each other.

Both farmers are growing in fully automated, 40-foot long containers developed by Freight Farms, a Boston-based company. The containers are equipped with everything needed for the equivalent of 2.5 acres of crops, using a soil-less method of farming called hydroponics.

Indoor hydroponics was developed by NASA scientists in the early 2000s, who wanted to support food production in space. The strategy grows plant roots in a nutrient-rich liquid, typically in contained environments that also use LED lights to simulate sunlight. Farmers can control temperature swings, eliminate pesticides, and significantly reduce water use. And because soil isn’t needed, plants can be grown vertically, substantially increasing the potential food production within a small footprint.

Hydroponics isn’t the answer to all the world’s food problems, says Daniels Wells, an associate professor at Auburn University Department of Horticulture in Alabama. But the technology can provide a new way to produce nutritious foods in places that would otherwise be difficult. “A great way of thinking about it is decentralizing food production. Controlled environments really allow us to do that very well,” Wells says.

The food on Americans’ dinner plates travels on average 1,500 miles from farm to fork. When supply chains break down and gas prices go up, food costs rise. The United States Department of Agriculture (USDA) reports that at-home food prices rose by 10% from March 2021 to March 2022, and are predicted to rise an additional five to six percent through 2022.

In food-insecure regions, food transportation is an even bigger problem. The United Nations World Food Program predicts that an additional 47 million people will become acutely food insecure in 2022, due to the extended disruption of global food shipments caused by Russia’s invasion of Ukraine. And climate change is compounding the problem: According to the United Nations Intergovernmental Panel on Climate Change, global warming has already “adversely impacted food security and terrestrial ecosystems as well as contributed to desertification and land degradation in many regions.”

But finding solutions is a major challenge for many regions of the world, who may lack the necessary soil, climate, and resources for traditional agriculture. That’s what prompted Jon Friedman, Freight Farms co-founder and COO, to find ways of moving farms, not food. Freight Farms has developed modular, easy-to-use hydroponic containers that help people grow food in places they otherwise couldn’t.

With the success of their container farms, Freight Farms is continually evolving their product line. “We’ve seen Freight Farms have an amazing impact in communities around the world, from increasing food access to providing valuable opportunities to at-risk populations, but we wanted to do more,” Friedman says. “We realized that in order to do so, we needed to go not bigger, but smaller. We wanted to open up the opportunity to more people and communities.”

Kodiak is famous for its oversized grizzly bears—and its 81 inches of rain a year. But other than abundant fish and King Crab, almost all the food for Kodiak’s approximately 13,000 people comes via barge. When it doesn’t arrive, neither does their food.

When a barge delivery doesn’t arrive due to weather or shipping issues, Allen says, “I have literally seen the produce aisle completely empty. I can’t even buy crappy vegetables. There’s literally nothing there.”

A few traditional farms serve the island, growing in greenhouses. Yet even greenhouse farming is a challenge on Kodiak, with its bitterly cold, 60-mile-per-hour winds and long dark winters.

So with Freight Farm’s help, Allen and her partner Gideon Saunders started BrightBox Farms in 2020. Within their new container, Allen and Gideon now grow food year-round. They harvest more than 50 different varieties of greens, herbs, and hearty greens like pac choi. Their customers love it, especially in the winter, and nobody drives more than 10 miles for a pickup. Some even walk to get their orders, Allen says.

One customer recently told Allen how amazed he was by the flavor of the BrightBox greens.

“He said, ‘This is like the most addictive stuff I’ve ever eaten in my life… I didn’t know greens could taste like this,’” Allen recalls with a laugh. “When they’re actually fresh, they are pretty amazing. You actually do want to eat them.”

Two continents, 10 time zones, and 6,000-plus miles away, Salama is dealing with very different climatic conditions—and a much larger population than Allen. But she’s finding similar answers in container farming.

Egypt is hot, dry, sunny, and dusty, and a growing Egyptian population is predicted to outgrow their primary water source—the Nile River. The Nile provides 90% of Egypt’s total water consumption, with 85% of that going to agriculture.  To make matters worse, increasing sea levels and years of poor irrigation management have caused salinization in about a third of the fertile Nile Delta soils, making them untenable to agriculture.

It’s an all-hands-on-deck situation, Salama says. “This technology allows me to move the farm closer to many cities, where traditional farming is not possible,” she says.

Salama and her family opened a large, fully-automated hydroponic greenhouse operation in El Beheira in 2020. Tulima Farms is now touted as Egypt’s first climate-positive farm. They received their first two Freight Farm containers in the summer of 2021, and promptly set them up in Cairo, about an hour and a half away from their greenhouse operations. The container farms fit perfectly with their vision of revolutionizing how Egypt produces its food, Salama says.

“The means of farming in Egypt are slowly changing by introducing new technologies,” Salama says, but not quickly enough. “The current infrastructure and cropping systems have to be changed. We have to move towards a better future. We have to save our water and try to reduce our impact on the environment, because the demand for food is higher.”

Salama’s team is growing a diverse selection of crops in their Freight Farms containers, including kale, arugula, romaine lettuce, a large variety of herbs, and mulukhiyah (or molokhia), a traditional Egyptian green typically cooked into a soup or stew.

Salama is particularly excited at the low water use they’ve achieved. “The containers operate on 20 liters (5.28 gallons) of water a week! That’s less than running your dishwasher to grow the equivalent of 2.5 acres in a shipping container,” she says.

“Obviously, if you can grow things in a controlled environment in a box, you can grow it anywhere, as long as you have electricity, you have a water source and you have the ability to get your growing materials,” Allen says. “So that opens up a whole lot of opportunities for what you can do with this—and how you can provide food for people.” 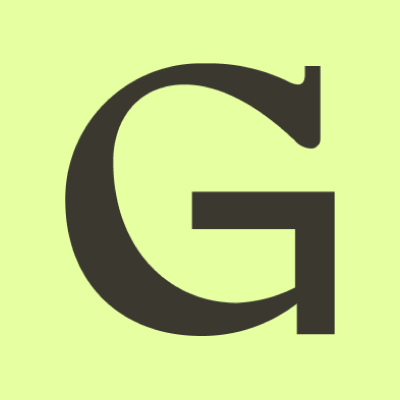 Thank you! Keep an eye on your inbox for updates.
Oops! Something went wrong while submitting the form.
Share this article:

More articles curated for you 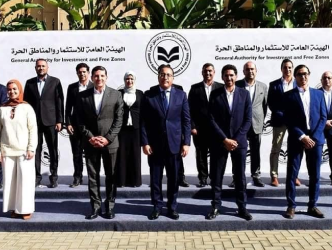 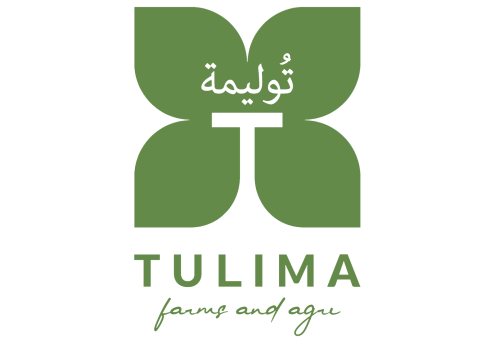